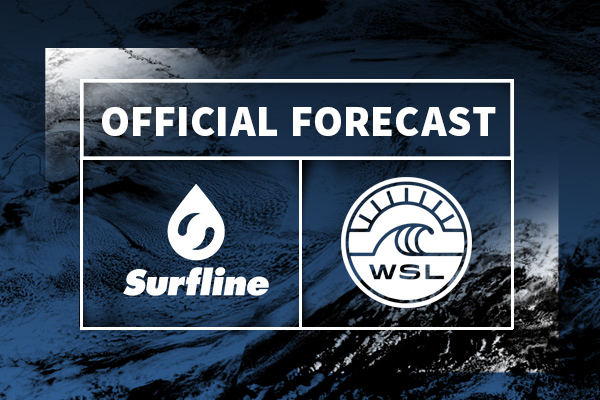 The current steep angled SSE swell is overall gradually declining on the local and upstream buoy network. However, the direction has rotated a little more SSE offshore. This slight direction change will keep a small thigh-waist high wave in the water today. Inconsistent plus sets are possible, but again, they will favor more south exposed locations such as Duranbah and beyond. A minor mix of SSE swell and ENE trade swell is expected on Tuesday.

The computer models are gradually coming into better agreement regarding the situation for mid to late in the week. The tropical disturbance located NW of Fiji near 8S 164E continues to show signs of development based on the latest satellite imagery showing a flare up of thunderstorm activity near the center of circulation. However, this system is expected to take its time moving south over the next couple of days as it develops. The GFS model has trended towards the more conservative ECMWF model which brings the system S/SE more slowly through Thursday and is overall less intense. This slower track means the storm will remain out of the main swell window for the Gold Coast for at least a few more days due to shadowing from the Vanuatu Islands and New Caledonia. The system is expected to eventually push south of this region later in the week and the beginning of the weekend, which means that a significant cyclone swell would be unlikely on or before Friday unless something changes. We will be watching this system closely over the next few days, and it cannot be stressed enough that there is uncertainty with tropical cyclones and their swells beyond just a couple of days out.

At this time, a more plausible solution seems to be a gradual increase in easterly trade windswell for Wednesday through Friday. This is in response to a gradual increase in 15-25kt E/SE winds over the waters east and northeast of the area, thanks to the active monsoon trough interacting with high pressure pushing east of New Zealand through the middle of the week. We have continued to cap the associated trade swell at chest/shoulder high until we get more data upstream suggesting otherwise.

It should be noted that the models also develop a system in the NW Coral Sea over the next couple of days. However, this system is expected to be too far NW to send appreciable swell to the area before Friday. Lastly, another front is expected to bring a surge of 20-25kt SW/S winds up the coast late in the week (by Friday 3/13). This will allow some small SSE windswell to spread north through the region late Friday into Saturday as well. 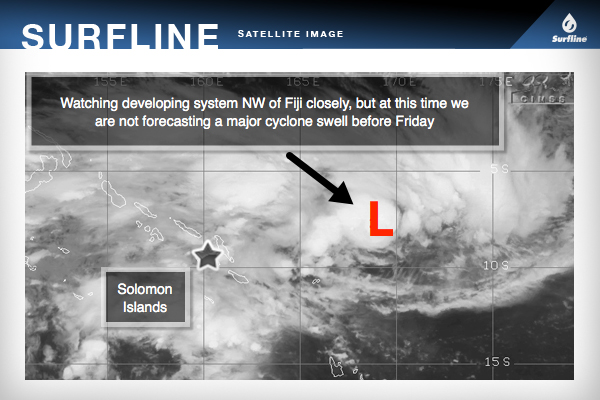 Be sure to also check out the Mechanics of Snapper Rocks by Sean Collins. 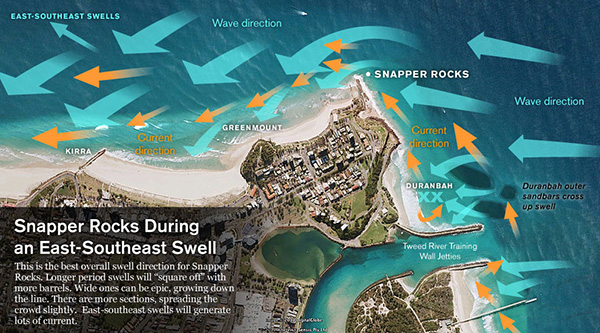